The Other Side of the World:

A Development Home away from Home!

We are well used to hearing about how our VC development workers find life in a new country when they go on assignment overseas.  We learn all about the people, customs, food and usually the heat too! Well here is another such story – except in reverse!

Rose Salaama Bavuga (pictured) VC Co-ordinator for East Africa (based in Kampala, Uganda) shares her experience of visiting Ireland in September. Rose spent two weeks in Ireland undertaking training at VC, visiting Misean Cara and even managing to fit in a trip to Áras an Uachtaráin!

Being a development worker means not being there for yourself alone in your own world. It’s rather being open-minded and being there for others especially those in need of any form and in their own world! Working for Viatores Christi really made me understand this fully and I am grateful for having been given me a chance to explore this, which changed my mind to the better in terms of development work. I am now thinking big as Ben Carson writes in his book, ‘Think Big’.

A credit goes to our CEO of Viatores Christi, Shane Halpin, for all the arrangements during the trip. I cannot forget the VC Board and members; and the entire VC staff who did a lot in my training and other forms of support. I may not be able to mention all their names here but this does not mean they did nothing. Everyone contributed a brick onto my learning in their own way and I appreciate all your efforts. The love of Sally and Gabrielle who treated me just like their own daughter keeps on bouncing back onto my heart! Louise, Susan, Ann, Colette, and Mary Winters you left me speechless! I enjoyed the VC family life at the office. It never felt like it was a workplace but a home and from that time I believed only good managers and staff can make a work place feel like a home.

I cannot forget my fellow participants and facilitators during the training like Sr. Rita, Don Lucey, Phillip Mudge, and Grace Kelly among others; and other friends I met like Fr. Brendan, Grainne, Mary and Josette. Thanks for being who you are!

Before I left my country Uganda in Africa, I was ‘me and myself’ but believe me not by the time I came back I was a changed person and my perspective of looking at things had changed positively. I came back as ‘Rose, Viatores Christi and Positive Development’!

The training I received in different areas like child safe guarding, self care, spiritual care, IT classes, stress management, finance, administration, volunteer training and recruitment among others made me realize that there are things we underrate yet are very important in our lives. This applies too in development where we take things for granted and yet they are key in determining the success or failure of a project. For example, back home in Uganda we have a beautiful climate i.e. we can have all weather conditions in one day. But, I had never realized the treasure we have not until when I had to put on many layers of clothes to contain the heat in my body! This taught me a lesson to appreciate what we have before we stretch our arms to others. I believe that even from the little resources we have, we can make a difference. It is not all about money but the will to make a change!

Viatores Christi means Travellers for Christ but in my case it was the other way round – ‘Christ for a Traveller!’ I am saying this because of the mysterious ‘Angels’ I met during my trip to Dublin. Since I was travelling alone, my only companion were my rosaries, one in my hand luggage and the other around my neck. With these, I was convinced I would have a safe trip and thank God I did and people on the way and in Ireland were very kind and always willing to help!

My first Angel was at Dubai when I was waiting to catch my plane to Dublin the following day. It so happened that when I went to have a cup of coffee, I met this guy who was a fan of one our big local artists back home. He asked which country I was from and when I told him, he immediately said, ‘Do you know this artist? I am a fan.’ I said yes and he was like, ‘ I am giving you free tea!’ And he did – while trying to imitate the artist!

My second Angel was again in Dubai at the Snooze Cube where I had a rest. First of all I couldn’t imagine what it would look like before I left for my trip! But when I reached there, it was just a small bed with a woolen blanket in a very small room.  I was booked in for six hours. So I told the lady at reception to wake me up an hour before so I could get to my boarding area as I feared missing my plane. However, I woke up before the time and when the girl saw me she said “You can go back and rest. You still have an hour but I am also adding you more two hours for free.”  I couldn’t believe what she had offered me and rested for two more – free – hours! Wasn’t that Christ for a traveller?

I am afraid I had many Angels but will talk about all of them just to show you how Christ was for a traveller and the power of the Rosary! My third miracle was at a St. Vincent De Paul shop in Dublin where I had gone to buy warm sweaters and jackets. As I was still moving around, a lady came in who picked two beautiful jackets and moved towards me. I kept standing and when she reached me she asked, ‘”What do you think of these jackets?” I replied that they were very nice and she then on moved towards the counter and I continued my own business. When I went to the counter to pay for the clothes I had picked, the sales lady said to me, ‘A lady paid for these two jackets for you but she has left”  I never came to know her name and where she lives and why she did that.

The fourth Angel was an old man in his late seventies. We boarded the same bus from St. Peter’s Church at Cabra Road to Dublin city centre. We discussed a variety of issues in daily life but none of us bothered to know each other’s name. When we reached Dublin, I let him know that I was soon getting off the bus as we were nearing my street where I normally took the bus to Portmanock. At the stop, he got off too but before he left he said, “Would you mind escorting me to Penney’s?” At first I hesitated because I barely knew him but later I discovered Penney’s is one of the big shops around and therefore, never expected him to harm me. So we went and he picked a poloneck jumper and an expensive winter jacket. We moved over to the counter and paid. We hit the streets again and as he was leaving, he handed me the bag with the things he had bought. I thought he was just doing something and having me hold his bags but he just turned away. I shouted at him that he forgot his bag and he just said, “You need that jacket and the poloneck”. That is how he left.

The last Angel was Grainne (from Comhlamh) who barely knew me but met at the President’s dinner for volunteers and invited me to her place for a chat and dinner. It was wonderful!

Did I ever get homesick? Yes, I did and the most outstanding one was when I had to wait for a bus to Dublin city centre. My mind immediately raced home for the ‘Boda bodas’ which are transport business motorcycles at home. They are easy, flexible and reach anywhere though risky! But could I get any around Dublin!?

Any terrifying moments? Yes, when I could not imagine being by myself for 18 hours of waiting in Dubai for my plane to Dublin; and when I had to board a bus from Portmanock to Dublin city centre alone. The driver was so good that he kept on updating me on the stops till we reached Dublin. God bless him!

Any happy moments? Almost all moments especially the time we spent as VC family at work office, the trips with of Gabrielle and Sally.

Anyway, learning is an ongoing experience and process and once embraced, it is interesting!

Till we meet and God bless 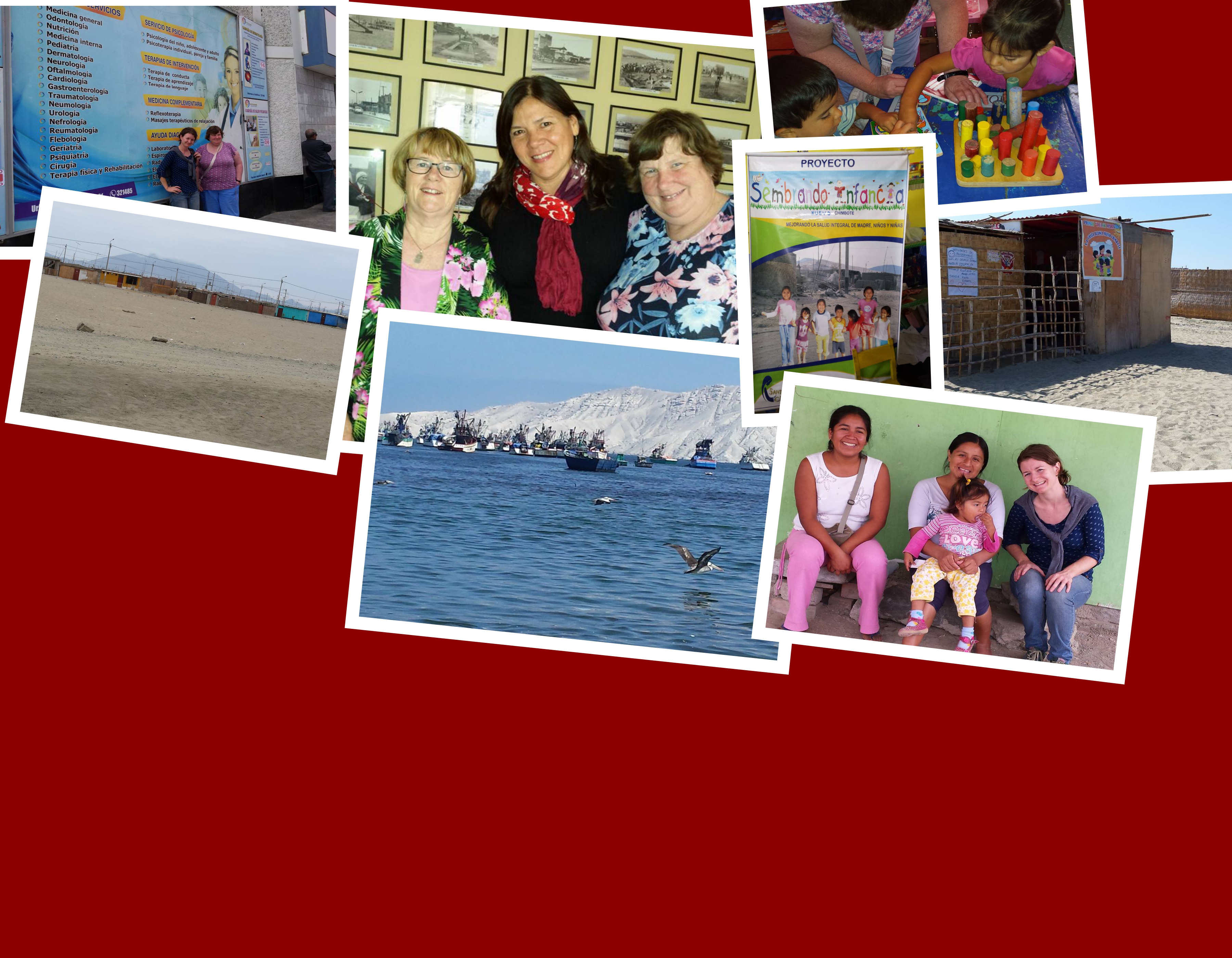 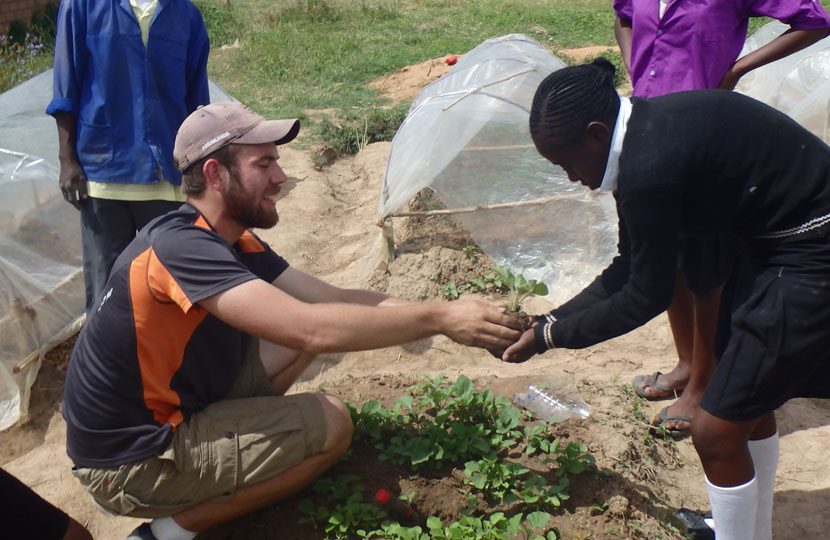