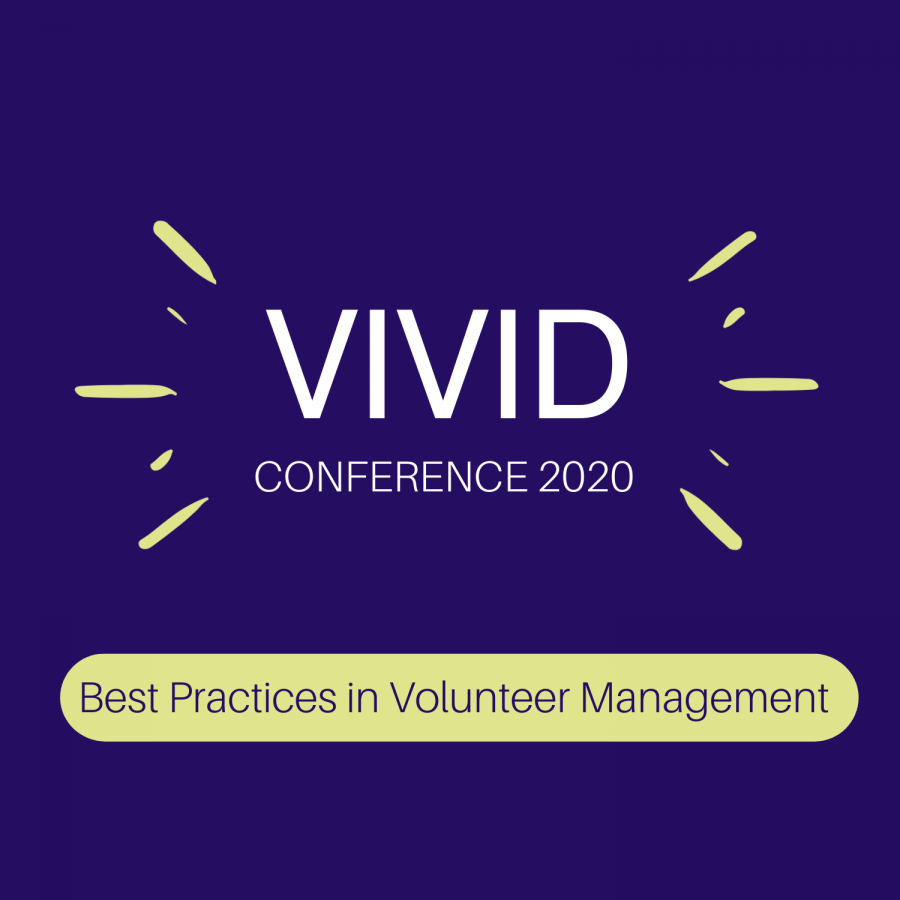 Thank you for attending the VIVID online conference on 21st October 2020. All reports and resources from the conference can be found below.

The conference opened with an introductory video to introduce the VIVID consortium partners.  Please click here to view the video.

Launch of VIVID Research Report on Online Volunteering:
Can online volunteering remove barriers for people with disabilities and others?

Please click here to download the VIVID Research Report on Online Volunteering.  Please note that this version is not the final, accessible version. This is still being prepared by a specialist graphic designer.

This session was presented by Abraham Worku, a person with disability in international development and Sharron Kelliher an international development consultant and researcher in Social Policy, Quantitative Social Research from the Viatores Christi appointed research team.   This research, a key activity of the VIVID project, aims to explore – in a very introductory way – topics such as whether online volunteering can add value to partner projects across the globe and is it sustainable? The team also question whether volunteering has a future in a post-Covid world? What is the way forward to ensure inclusion?

Viatores Christi (VC), an Irish volunteer organisation, which celebrates 60 years of working with marginalised communities in Africa, South East Asia and Latin America will host a high-level panel discussion on the future of international volunteering and inclusion in a changed, post-Covid world.  Key themes raised in the online volunteering research will be discussed and there will be an opportunity for questions to be put to the panelists.

Format: Chaired by VC CEO Shane Halpin with Sarah O’Toole CEO of CBM Ireland, as keynote speaker and an expert panel from INGOs in Ireland, Europe and East Africa.

Sarah O’Toole was appointed as CEO of CBM Ireland in 2014. She brings considerable experience in both the non-profit and corporate world. Prior to joining CBM, Sarah was Chief Operations Officer of the Soul of Haiti Foundation and spent two years in Haiti as Project Manager of their Brand Haiti project. She has also worked with organisations such as Trócaire, Special Olympics and Concern.

Séamus has been involved in overseas development for many years.  He has worked on programmes in India and the Philippines with Trócaire as Asia Programme Officer and the Integration Centre on cultural diversity in Ireland.

Victor has been in this role since 2018 and works with the Franciscan Missionary Sisters of St. Joseph (FMSJ) on health and education projects in rural Kenya and in Uganda – Victor who himself started as one of VC’s first incountry local volunteers is now responsible for the day to day running of the development office.

Rea works with the VIVID consortium partner Abilis Foundation.  It supports projects that are planned, implemented and monitored by people with disabilities in developing countries. Abilis´s emphasis is on grassroots organizations.

Shane has been involved in development projects since 1994 and spent over 10 years working as a volunteer development worker in South Africa. He has held the role of CEO at VC since 2013 and has overseen the development and growth of VC in the areas of development and humanitarian action while maintaining a firm foothold in the faith-based missionary sector.

“What will inclusive development and volunteering look like…in 5 years?”

Loredan Dicsi, internal communucations and membership officer with EDF since 2015. Loredana is the responsible for the communication between EDF members and the secretariat, and is in charge of the internal members’ newsletter. She manages membership requests and can introduce EDF to interested organisations. She is also supporting the EDF Youth Committee and follows up on youth policies.

Dr. Marion Steff, International Cooperation Manager at EDF.  Marion manages the international cooperation’s portfolio at EDF. She is actively engaged in advocating for inclusive development, while building the capacity of organisations of persons with disabilities in this field.

ASPEm is an Italian NGO in International Cooperation in the areas of interculture, human rights, health, agriculture and economic development in Latin America, Africa and Italy.

Enrica Valentini who is responsible for European projects, youth mobility at ASPEm.

Deinstitutionalisation: The Effect of Orphanage Volunteering

Katie Lynch has been with Tearfund Ireland since September 2018, first as Advocacy and Communications Officer, and now as EU Project Coordinator. She is currently working on the VIVID EU Project, looking at disability inclusion within international humanitarian action and overseas volunteering.

Perspective from Uganda: What do European INGOs need to know about future best practices in international volunteering

Dr. Kabura, a Catholic priest in the Diocese of Fort Portal is a Director at Uganda Martyrs University, Clinical Supervisor as well as CEO at Bishop Magambo Counsellor Training Institute (BMCTI).  A human behaviour specialist, he has hosted many European volunteers over the last two decades.

Join us here on our Open Forum to discuss the conference and the online volunteering report!

We appreciated having Conrad Bryan available to provide continuity and presenting duties throughout the day.

Zoom facilitator
We are very grateful to Maria Paula Acuña Gonzalez of CBM Ireland for her technical support behind the scenes!

About the VIVID Project
The VIVID project is funded by the European Aid Volunteers Initiative (EUAVI) and is implemented by a consortium consisting of 6 partners from 5 EU countries: Abilis Finland; ASPEm Italy CBM Ireland; CBM Global, EDF Belgium, and Tearfund Ireland.

This two year project aims to create a community of practice made up of EU organisations working towards disability inclusion in humanitarian action and volunteering. Read more here