pMediation over matters of land and helping families in distress due to boundary issues forms a key part of the day to day work of the Justice and Peace Commission within the Catholic Diocese of Hoima [link to website] JPC Hoima.

Incidences of land conflicts have escalated in Hoima districts according to a formal report issued by Minister for Relief, Disaster Preparedness and Refugees (2016). These conflicts range from ownership to boundary user rights. Many people have been evicted from their customary land without compensation. The issue of land is a very delicate matter simply because of a system that allows inheritance of customary land passed on from generation to another without any documented evidence.

Komugisha, a 38-year-old man, reported a case of land dispute against four people (respondents) to Justice and Peace Commission (JPC), in Hoima. It was a case of a customary piece of land which he had inherited together with his two brothers from their late father. He also claimed that the land in question had been in the ownership of their family for many generations before them.

He heard about the Justice and Peace Commission (JPC) on a radio programme where he noted that one of the services offered at JPC included mediation on land matters. JPC is an organization in Western Uganda whose efforts are supported by International NGO Viatores Christi (VC) to bring about positive change in the communities they serve.  Komugisha quickly decided to approach JPC and file the complaint for assistance.

His story is not unusual.  Komugisha, alleged that he was being forced to relocate from the disputed land. The dispute started in 2001 while his father was still alive. His father tried to seek redress from Local Council courts but the matter was not resolved. He then reported the matter to the District Intelligence Security Officer (DISO), where he was informed that the matter required litigation in the courts of law. This realization came with some costs which involved hiring a lawyer and filing the case in court. Komugisha’s father was unable to cover these costs.

His father then decided to stay on the land even with the continuous threats of eviction from the respondents. In 2003, Komugisha’s father died from suicide as a result of all this pressure. His mother also fled the land after the death of her husband and went back to her parents’ home for fear of being killed over the disputed land. The complainant admitted that he continued to live on the land with his 2 brothers despite continued threats of eviction from the respondents.

JPC Hoima was able to schedule a mediation immediately in the village where the land in question is located. In the first mediation held between the parties, the matter was not resolved and a second mediation was subsequently scheduled. After a few months, both parties presented their arguments, understood each other and the matter was amicably resolved. Boundary trees “omuramura” as they are referred to in the local language, were planted as demarcations on the boundaries of the land to avoid any further disputes. The two parties reconciled with one another at the end of the second mediation. Komugisha’s mother who had previously left the disputed land accepted to return and continue living with her sons. 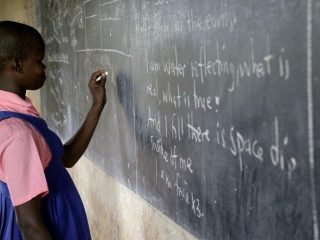 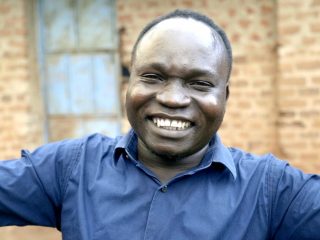