‘Since I came back to Moyo after my holidays it has been relatively ‘peaceful’ as students are busy with exam revision. The final examination began on December 10th and finished on December 18th.

Currently, we have 25 students but 18 of them will be completing their programmes this year (six students from CEC and 12 from CC programmes). Only 7 students will continue their studies in February 2019. We have started a recruitment campaign already – using local radio announcements and distributing leaflets in the area.

Thanks to the funding received from Trocaire in Uganda and  Misean Cara, we have purchased 4 new desktops for the institute a few weeks ago. The computers will be used to teach students and the staff, if necessary, ICT in the new academic year.

Also, in the new academic year, we are planning to focus on ECD promotion activities – radio talks, school outreaches etc. These activities will be incorporated into the work plan so that we can become more systematic and consistent in executing as well as in reporting on these plans.

There is a Christmas Party in the Irish Embassy tomorrow, so I am planning to attend that.’ 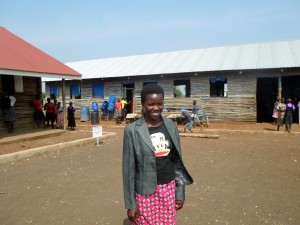 ‘Poni Betty is Sudanese by nationality, she is married and has two children. She remembers that it was her husband who encouraged her to join Weaver Nest and complete the childcare course. After they got married, she stayed at home for 8 years and had two children, so he suggested that it would be good to upgrade her education. Her husband was the one who paid her school fees and supported her in other ways too.

While talking about her time in Weaver Nest, Betty tells that she is still interacting with her classmates, they have very good relations. They are friendly just like in the school time when they were sharing all things and helping each other as a team.

Betty got a job with Save the Children recently. She is a teacher at Bele 1 Primary School in Morobi camp. Although she has ECD qualification she teaches Level 1 and Level 2 Primary School which deploys the Accelerated Learning Programme. This programme is specifically tailored for school dropouts aged from 10 -17. They are assessed and the classes are formed on the basis of the assessment results. So, sometimes even the youth aged 17 come in at Level 1. She gets paid 20,000 per day, which makes about 400,000 (~100 Euros) per month. And if she works at the weekends, it adds up to 480,000 per month. The contract is for 5 years.

The work sometimes is challenged by lack of learning resources and materials. To overcome this difficulty, the teachers work closely together, they share knowledge and skills and help each other as much as possible.

Pony Bettie teaches Science in level 1 and level 2. The classes are large, over 80 children. Thankfully, the students’ English level is okay which makes interactions dynamic as well as interesting.

Overall, the qualification of ECD has been beneficial, she acknowledges. Besides doing a rewarding job as a teacher, she also is able to help the family with the salary she receives. Looking into the future, Pony Betty would like to go for a diploma in ECD.

Finally, Pony Berry encourages the young people to choose the ECD course, to learn and to put in more effort, so it will help them in the future to become independent and self-sustained. Additionally, ‘there are these nursery teachers who are not trained and I would encourage them to go and get a qualification so they will be the right people to teach the right things to our children’ she concludes.’

Employment status: Employed by Windle Trust International to work as a nursery teacher in 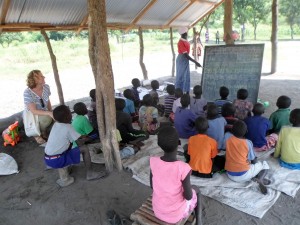 ‘Christine was brought up by her elder sister, who lives in a nearby village located 10 kilometers from Moyo Town. Life was not easy for them as her sister had to take care also of her three children. The only income was from subsistence agriculture.

Despite financial constraints, Christine finished secondary school and joined the newly opened Weaver Nest ECD Teachers Training Institute in April 2017. The fees, compared to other academic institutions were more attractive and affordable. Also, the environment was really supportive and she cannot recall any serious challenges during the one year she spent at Weaver Nest.

After finishing her studies in December 2017, Christine found a job in Palorinya Nursery School. This was a community school supported by the parents, which means that the salary she received was low – only UGX 90,000 (just over 20 euros). After some time she responded to an advertisement from Windle Trust – International NGO – who was recruiting nursery teachers to teach refugee children in settlements. The application was successful and Christine was invited for the interview, and later selected for the job.

“They chose me because they need people with qualifications. There were 27 applications for this post, but only 8 had a certificate in ECD. So they invited those 8 for interview and picked 6 people to work at a number of their nursery schools,” she recalls.

Christine acknowledges the importance of having a qualification – if she had no certificate she would not have got the job that pays her UGX 300,000 per month (20,000 goes to pension fund) now. Also, her accommodation is paid for.

Christine is teaching top class children. There are only two teachers for 150 children. It is challenging at times, she acknowledges, because of the children’s language barriers – they do not speak the local language and have very limited English. However, she enjoys her work which also involves mentoring her colleagues as she is the only one among six nursery teachers with the qualification in Childcare. For example, the current teachers, on the ground, did not have any daily routine established for the children as they did not know how to do it until she introduced it. Additionally, her untrained colleagues did not know how to do scheming/planning lessons, so she is the one who mentors them. Even more, she has been approached by UNHCR to mentor untrained teachers in the camps. “Our officers see that I work well, so they are thinking of giving me a scholarship to proceed further with my studies to obtain a Diploma,” Christine reveals.

Christine is very proud of her experience and success. In comparison to her life before this, she now has her own money to cater for herself. Before, she had no means to afford basic necessities. Her advice to her followers at Weaver Nest is to take their studies seriously and to listen to the tutors as the knowledge and skills gained will help them to improve their own lives and the lives of others.’ 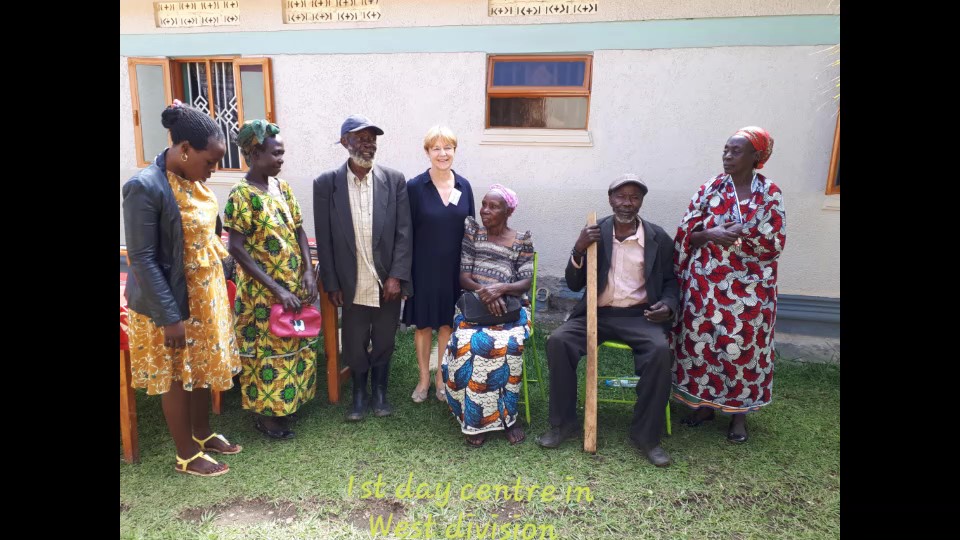 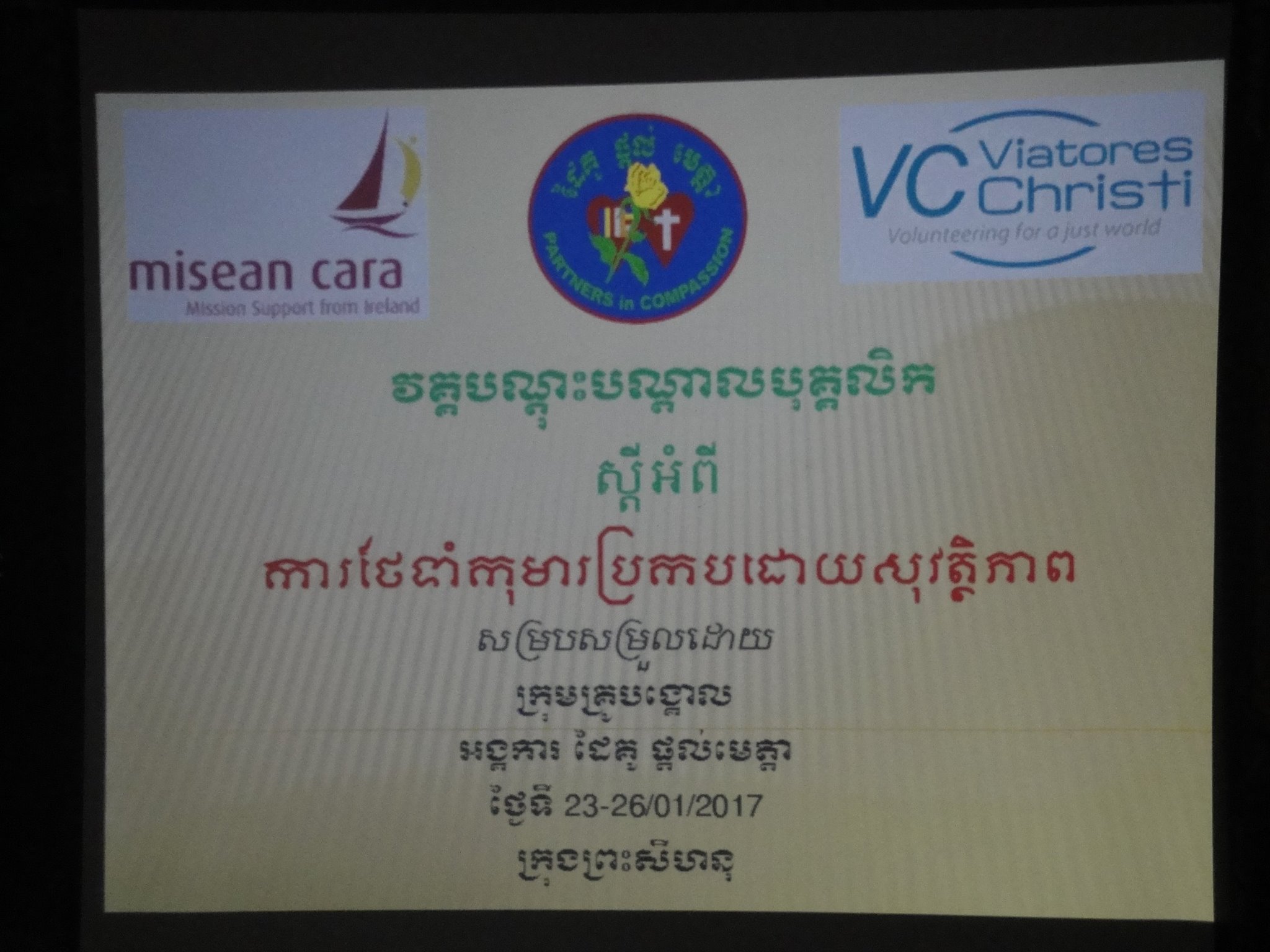