Áine and Michael Leahy went on assignment to Aitape, Papua New Guinea from 1987 -1990, where they worked with Gorta, an Irish aid agency (now Gorta Self Help Africa)

They served at the Raihu Farm Training Center, on the Raihu Farm, was owned by the Catholic Mission in Aitape.  Gorta started funding this project in 1985 when they sponsored the Manager, a building programme and the day to day costs of running the project.

One of its priorities was to localise the management position. The Training Center accommodated and trained 8 to 9 families from different local villages in agricultural practices with particular emphasis on setting up cattle projects. The women received training in sewing and cooking from Ida, an Italian lay missionary. They families stayed on the farm for one year and returned home with a heifer and bull calf to start their own cattle project.

As farm the manager, I looked after the general running of the farm with the help of Raymon the Foreman and three other farm workers. I also looked after the farmer trainees, did formal class work with them and they worked on the farm during their stay. Most of their training was practical, working with the farm workers. During their stay the worked with the cattle, pigs and poultry. They planted gardens on the farm. I employed a Papua New Guinean Agricultural graduate, Paul Aumi to work beside me to takeover my job and localise the management position. I was also responsible for the building teacher houses and farmer trainee houses and classroom and toilet facilities.

I felt very much at home on the farm, loved the freedom I had to develop the project. I enjoyed working with the locals. I like variety and challenge and I had everything I could wish for on the farm, with the bonus of bush patrols to the projects in the villages.

I was very lucky to have a 2 week changeover with the outgoing farm manager, Jim Murtagh. It gave Aine and I time to settle in, and me time to get to know the day to day running of the farm and pick up some pidgin English. I enjoyed every aspect of the project and settled in very well. I enjoyed working with the local people and got on well with them.

One of the toughest times I experienced was when I had to face the village council in the remote village of Amsuku after I had to ask a trainee farmer to leave the farm.

One of the happiest memories there was the birth of our daughter Mairead Manuwi in July 1988.

I feel that we had a very respectful relationship with the local people and I believe that, that relationship is what made the greatest difference there. I feel the people of PNG made a difference in me. Visiting the villages was very important to the villagers

Áine and I and our four daughters returned to the same farm in Aitape ten years later to help with the survivors of a tidal wave that struck the coast in 1998. I returned as a Therapist and did group healing workshops with the survivors and trainee therapists.

I went to PNG as a Farm manager and when I returned to Ireland I wanted to train as a therapist. I began that training in 1994 and completed it in 1997. I felt pulled back to Aitape after the tsunami happened, and we were back in PNG in Sept 1999.

I had great understanding and appreciation for the culture. I worked with the myths and dreams of the local people using the media of art, dance and drama. They loved it and so did I. It was a very healing creative experience. I listened to their stories and they listened to each others stories and they celebrated joyfully at the end of the sessions.

The first time I was in PNG I completed a lot of projects, it was more of a Doing than Being experience on the farm except when I went to the villages and listened to the stories of the villages.

My second visit in 1999 was more Being than Doing. Sitting and listening, being present to the myths, dreams and personal stories of each participant in the local groups that I facilitated during that amazing year. I feel we got past colour, cultural, religious and gender differences. I certainly did and a lot of healing happened in that safe listening environment.  I felt blessed by the experience of the whole year, Being more than Doing.

The first time i was in PNG we were visiting an irish Priest, Fr.Pat McGeever and he told us a story about asking the people of the village what priest they remembered the best, “it was the priest that didn’t do any work but sat storying with them” and I was struck by his wise story. 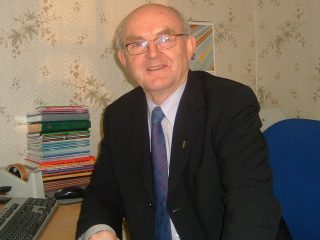 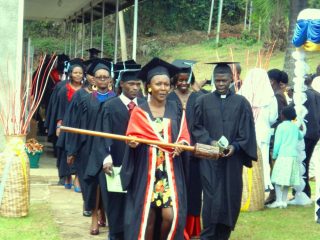