VC has been assisting a grassroots project in the Masaka District of Central Uganda for the last number of years called Foundation of Hope (FoHo).  The project uses various interventions to reach some of the most marginalized in the community including those affected by HIV and AIDs.

One such intervention which is having a huge impact is the Village Savings and Loans Association group (VSLA) which encourages people from all income groups to put aside a weekly or more amount towards savings.  These savings can in turn to be used for investing in livelihoods and sustainable enterprises.

Eva, (not real name) a deserted 56-year-old mother of 5 (five) children living with HIV.  She used to sell local brew in one of the rooms as an income generating activity. Whatever she earned was always spent on basic needs and school fees for her children.  She resorted to working as a casual labourer and doing odd jobs to earn a living but all the money earned was spent on basic needs.

“The first time I joined the VSLA group, I had fear that I wouldn’t be able to save on a weekly basis”, says Eva

With the investments from the VSLA group, Eva was able to save some money and send her children back to school. Eva later borrowed a loan from the group which she invested in her business of selling tomatoes and silver fish. This boosted EVA’s capacity to earn an income and look after her family through buying food, and paying medical bills for both herself and her children.

“I am still amazed that within a short time I could accumulate money that I used to start up this business. I am able to meet my household basic needs and my health has also greatly improved since silver fish is part of my daily meal”, Eva said.

The VSLA methodology is very flexible because it caters for all income groups. The groups allow for borrowing of loans to invest in members personal businesses. Eva was among those that could only manage to save once a week but these savings increased when Eva saw returns and was motivated to work even harder which resulted into being able to save twice a week. In a matter of time, she saved money that she never thought possible. 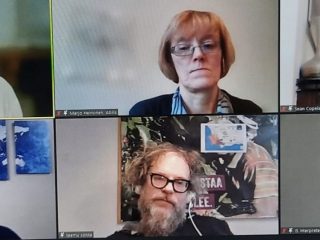