Part 4 of our series of  blog posts from our online exhibition highlighting the impact of mindfulness training in schools in Lira, Northern Uganda. With our support, our partner St Francis Family Helper Programme, an NGO based in Uganda, have carried out a pilot project where mindfulness training was provided for Teachers, Parents and Pupils in schools in the area. VC Staff travelled to the project to see how it’s impact has been felt. While visiting, they spoke to teachers, pupils and parents who believe that this project has transformed their lives.  The result of these conversations is a series of stories that we would like to share with you.

Okello Peter, Head Teacher at Akia primary School, Lira-Northern Uganda, shares his story of how mindfulness training has changed how they discipline children at his school and how this continues to alter the attitudes of parents, teachers and students alike.

I would like to start by saying that before this training, we used to discipline our children by caning and also give them harsh punishments. We thought that it was working but it was inflicting so much pain to the children. After the training, we started implementing what we were taught and found an alternative and safer way to discipline children. The pupils formed their groups and we talked to them and discussed issues. Since the training, there has been a lot of changes in the discipline and behaviour of both the pupils and teachers in the school. Time and again, we are asked by teachers who have not undergone the training; ‘How do you manage this case of indiscipline?’. We no longer use the cane and the discipline has generally improved.

On the side of the teachers, before the training, they were breaching the code of conduct but after the training, they started improving on their discipline and on their work. They started enjoying their work. For the past three years, the number of girls in this school has overrun the number of boys. Every year, you find that more girls are coming to our school. So, we can say that the training has had a lot of impact on the teachers and even on me as an administrator.

We have 93 aided government schools in Lira but only 3 have been picked to carry out this programme, but if it could be rolled out to the remaining 90 schools it would be so much better. There would be tremendous improvement in discipline and also in the general performance of the children.

We have also shared this knowledge with the parents, in the meetings we have with them, we have told them that caning is not the best way to discipline a child. And then we have given them the alternative ways of disciplining these children. Even this morning I had a parent in my office who had come to report to me about a child who is not coming to school and when he does come to school, he leaves the books behind. I told her I will handle it and in a weeks’ time, she will see an improvement in the child.

Last term we had a child in Primary 6 whose parent came and wanted to withdraw the child from school even after having paid the tuition fee. I gave her a grace period of 2 weeks but asked her to hand the child over to me and promised her that she would see a tremendous change. Before the two weeks elapsed, the parent came back to me and asked, “What is happening? What have you done with my child? I can now see improvement. Whenever he comes back from school, he does things that he used not do”. I told her that it is just the beginning. The child is now so good that he is now doing things on his own, willingly; whereas before that he was big headed. The parent is now happy to continue sending him to school.

All in all, I can say that there is a great improvement in the discipline of the children and the teachers. My work as an administrator of the school has become easier. I could now be called a consultant because I keep on getting calls from other teachers trying to get some advice from me on how to handle different kinds of conflict.

The grades have also improved because formerly we used to get one or two pupils in Grade 1 in the Primary Leaving Examinations (PLE) but in the last year we had three and our numbers in Grade 2 shot up. Even in the lower classes, there is improvement.

I think the programme could still be improved further by sensitising the parents on their role and even the children themselves on their roles and responsibilities, so we are all on one path with a positive mutual understanding. Although we emphasise this in meetings, we still need to get this across more, especially that;

It is not only through caning that we can discipline our children but talking can work much better. 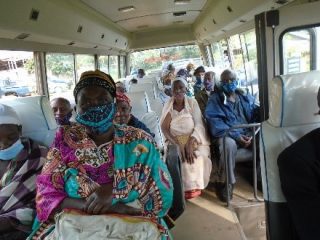 Previous Post (p) Putting an end to loneliness and isolation for the elderly in Kabarole, Uganda 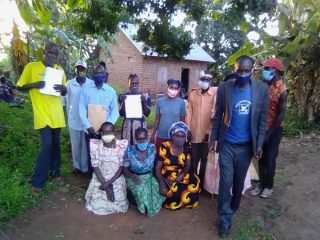