Part 2 of our series of  blog posts from our online exhibition highlighting the impact of mindfulness training in schools in Lira, Northern Uganda. With our support, our partner St Francis Family Helper Programme, an NGO based in Uganda, have carried out a pilot project where mindfulness training was provided for Teachers, Parents and Pupils in schools in the area. VC Staff travelled to the project to see how it’s impact has been felt. While visiting, they spoke to teachers, pupils and parents who believe that this project has transformed their lives.  The result of these conversations is a series of stories that we would like to share with you.

From Feared to Respected

Secondina Akidi is the head teacher of Burlobo rock view primary, in Lira district, northern Uganda. Secondina admitted that she had little or no respect for her fellow teachers, pupils and the parents under her leadership. She was rude to her children and barely gave any respect to her husband. She was easily triggered, lost her temper for simple reasons and she usually overreacted on trivial matters.

Akidi recalls being feared and not respected by everyone around her. Her punishments were usually harsh and brought shame to the children. She did not care about the long-term effects that such punishments would have on the pupils.

Akidi was invited to attend a training, supported by VC, whose purpose was to instil positive discipline in schools. She was to be counselled on how to behave and handle conflict among children and adults.

‘I was initially hesitant to join but later on, I decided to give it a try’

On her first day of attendance, she felt welcome and part of a family. The trainers talked to her like she mattered. They explained to her that what she felt was unhealthy but there was still room for change and that she could become a better person.

As the training progressed, she realized that she had been living a life full of hatred. This is when Akidi knew that she had to change her life, her attitude and her relationships. She developed a motherly approach on how to handle and deal with all situations.

‘She is now a completely different person’

Her husband was the first to notice this change. Initially, Akidi started apologizing whenever she wronged him, something that she never did before the training. She started taking other people’s feelings into consideration. She re discovered love for her family, teachers, pupils and the general community because she now knew the importance of relationships. Akidi chose forgiveness over hatred which positively changed her life. This placed her as a mother figure, someone that could be trusted and relied upon. Her colleagues commended her on this change and both pupils and parents testify to the positive change.

‘She is now a completely different person’ says one of the teachers.

Akidi confesses that this training has taught her the best way of solving problems and disagreements and that she has been trained in the art of counselling. Akidi now uses these skills to resolve conflicts that arise at home, school and within the community.

The school, and the general community,  has now developed a positive relationship with the headteacher. Moreover, Akidi advocates that she is not the only one who was in need of this support, she believes that the training has helped so many other people “who were blinded and needed a lot of guidance in mindfulness and positive discipline”. 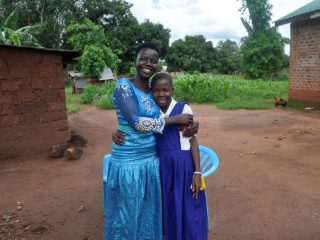 Previous Post (p) My mother has changed for the better 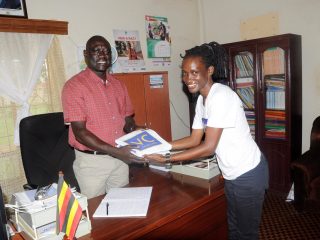 Next Post (n) All children love to be in school