Part 1 of our series of  blog posts from our online exhibition highlighting the impact of mindfulness training in schools in Lira, Northern Uganda. With our support, our partner St Francis Family Helper Programme, an NGO based in Uganda, have carried out a pilot project where mindfulness training was provided for Teachers, Parents and Pupils in schools in the area. VC Staff travelled to the project to see how it’s impact has been felt. While visiting, they spoke to teachers, pupils and parents who believe that this project has transformed their lives.  The result of these conversations is a series of stories that we would like to share with you.

Akech Morine, a single mother to Elizabeth who is a pupil at one of the project schools in Lira, Northern Uganda, once neglected her own child because her husband left her when he found out that she was pregnant. She explains,

“This was the hardest time in my life.”

She did not know what to do but ended up having the child anyway. Akech admits that she was full of bitterness and this was seen in the way she treated her child. Spanked her on several occasions and intentionally did not pay her school fees because she considered it a way of paying back for the pain she had gone through.

Akech, on several occasions would not buy her daughter scholastic materials because she was in competition with the child’s father.

“If her father couldn’t provide, why would I have to be the only one doing it?” says Akech.

Sometimes she would not even cook for the daughter. She punished her daughter of the fathers’ mistakes. She used to treat teachers without respect. Little did she know that she was mentally and physically scaring her own child. Akech admits that she only got to realize this problem when she attended her first training on positive discipline in schools and community that was supported by Viatores Christi. Akech decided to join the training when it was recommended by a friend. This training opened her eyes and made her realize that what she was doing to her child was wrong. She started to change her habits, paid school fees whenever she could and even gave more attention to her child.

Akech apologized to her daughter and asked for forgiveness. Something that she never thought was necessary. She admits that her daughter was afraid of her before the training but ever since she apologized and changed the way she treated her, the daughter has become friendly and can now approach Akech if she needs anything. Right now, they are in a better place and her daughter can attest to that.

“My mother has changed for the better” says Elizabeth

Akech attributes being able to stay in a healthy relationship with her daughter to the VC supported training in partnership with St Francis Family Helper Programme (SFFHP) that she received and she thanks VC for sensitizing her on mindfulness and positive discipline. 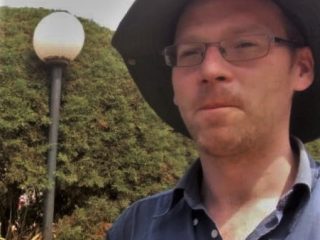 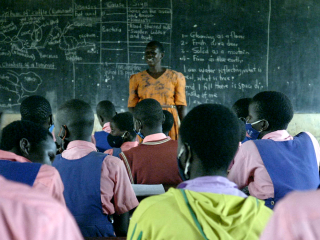